Three Big Legends / BeSpun Events on Saturday the 24th and Sunday the 25th!

As if the new location wasn’t news enough, Legends and BeSpun aren’t wasting any time in getting back to their basics of fighting and fun. This weekend, three big events that involve our gym take place, and you’re invited to them all! 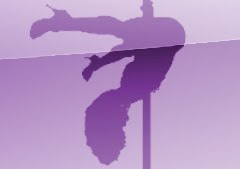 On Saturday night, the Ladies of BeSpun (Leigh Ann, Lisa, Natasha, and Estee) will compete against eight other dancers in the US Pole Dance Federation’s West Coast qualifier. The show takes place at the El Portal Theater in North Hollywood and starts at 6:00pm. Tickets are available at www.uspoledance.com. 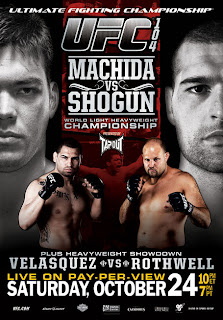 That same night, for those of you who want some good old knock-down, drag-out, slobberknocker barn-burner, come through to Capital City Sports Grill and watch UFC 104. Legends has reserved a cabana and several tables in the back patio. Discount flyers for 20% off all food are now available at the Legends / BeSpun front reception area.

There will also be an afterparty at Cap City for Kyle Kingsbury, who fights Razak Al-Hassan on the undercard. Legends members are invited to join.

Cap City Sports Grill is just across the street from our usual PPV haunts, on the northwest side of Cahuenga Blvd. and Selma Ave.

Valet parking is available and early arrival (6:30) is encouraged. 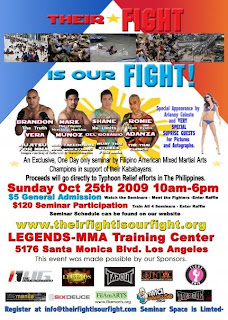 Their Fight Is Our Fight Benefit

The following day, Sunday, October 25th, Legends MMA will host “Their Fight Is Our Fight,” the first Filipino-American MMA benefit for the victims of the recent typhoons in the Philippines. Organized by MMA personality Miss Rara, this all-day event will feature training seminars with noted Pinoy fighters like Brandon Vera, Mark Munoz, Shane Del Rosario, and Romie Adanza, as well as surprise appearances by other famous Filipino fighters and stars.

(LOS ANGELES – 10/18) Responding in their own unique way to the plight of thousands of their kababayans affected by the twin – soon to be, triple – typhoon devastations in The Philippines, the Filipino American Mixed Martial Arts community is taking the fight for typhoon relief with THEIR FIGHT IS OUR FIGHT, a special fundraiser taking place Sunday, October 25 from 10 a.m. – 6 p.m. at Legends Mixed Martial Arts Training Center, 5176 Santa Monica Blvd. Hollywood, CA 90029.

Tickets for the all-day seminars for participants are an all-inclusive $120. Non-participating spectators can attend to watch and take pictures for $5 admission.

“If you’re Pinoy and a fan of MMA, this event is an absolute must,” said event co-founder Tamara “Ms. RaRa” Suguitan. “Proceeds from the gate and merchandise will go directly to help our people.”

Added co-founder Paul Factora, “We – the participants included – were not immune to seeing our fellow Filipinos suffering. This event is our small way of letting them know that we stand by them through this all.”

Additional Instructor announcements to come!!!
Proceeds from the seminars will go directly to Typhoon Ondoy, Parma and Lupit relief via Red Cross Philippines.

FYI, our site is down for a few hours today. Will be back up this afternoon.

Finally, Legends MMA was a featured invitee to CCM’s Red Carpet Comedy Tour, at the Improv. Renegade Reporting was on-hand and caught a few members on camera:

Check back in to find out about future CCM Red Carpet Comedy dates.

You guys rocked it.
How come I didn't get to interview any of your ladies?

Oh well, next time I guess, or I'll have to come down for some interviews.