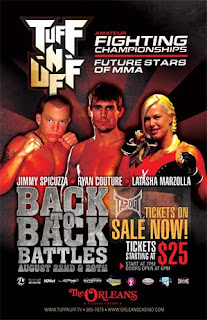 As many of you know, the Legends MMA fight team has returned to the City of Sin for yet another night of squared circle MMA action. Tomorow night, August 22nd, at 7:00pm, Chris Brady, Takashi Munoz, and Eddie Jackson compete at the latest Tuff-N-Uff Amateur Fighting Championships. But now, whether you've joined us in Las Vegas or not, you can still watch the action LIVE ON INTERNET PPV!!!

For just $3.99, you can catch your teammates' fights live on IBN Sports.com (http://ibnsports.com/tuffnuff/). Just register yourself on the IBN Sports PPV page and select "Tuff N Uff Future Stars of MMA."

Legends MMA fighters Chris Brady and Eddie Jackson are hellbent on getting back to their winning ways, while Takashi Munoz returns from a five-month hiatus for another victory.

Brady will take on Jimmy Jones (Xtreme Couture) for the Tuff-N-Uff 135 lb. title. This third meeting of Brady and Jones will be the rubber match, as both fighters claim victory over each other. Brady beat Jones by unanimous decision back in October 2009, while Jones bested Brady in April of this year in their second meeting.

Earlier this evening, Brady, Jackson, and Munoz all made weight with no problem. Here's some pictures from the weigh-ins: 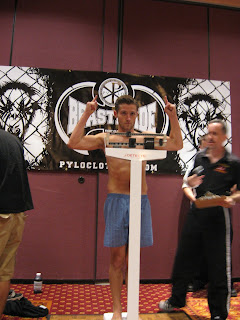 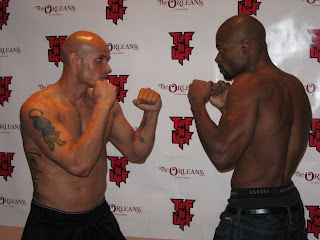 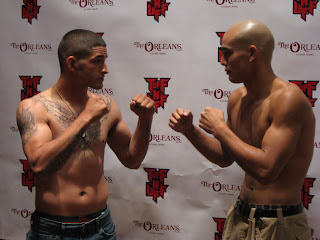 Whereever you are, be a part of Legends MMA history Saturday night!!
Posted by Legends MMA at 10:17 PM