The Legends MMA pro side has two big matches coming up, both which have their own special significance. 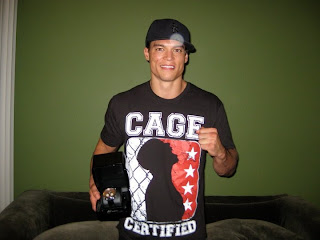 Undefeated Legends fighter Alan Jouban leaves a perfect amateur record of 13-0 (combined MMA and kickboxing) and graduates to the big leagues with his professional debut.

“I don’t know too much about him, but I saw online that I’m a heavy underdog, and I’m just embracing that role. Gonna prove my worth in the age, ya dig,” Jouban said about the fight.

Tickets start at only $30. Rooms are available at the hotel (though going fast). There is no promo / discount code for rooms.

If you can’t make it to the event, the show will be streamed live and for free on MMAJunkie.com. Alan is expected to fight around 6:00pm

Alan is sponsored by X-Pole and Certified Athletics. 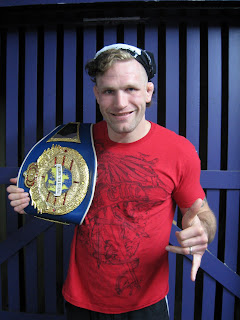 The Suave-Sabertoothed-Multiverse-Surfing-Lion-of-God-River-Dolphin returns to live TV on March 11th, as part of Shark Fights’ first show of 2011, emanating live from Lubbock, TX. He faces Danillo Villefort (12-3) of American Top Team.

Like Horwich, Villefort is a UFC and IFL veteran, and most recently beat ‘Smokin’ Joe’ Villasenor via decision on the previous Shark Fights event. Villefort is on a three-fight win streak that dates back to October 2009.

If you’re not in the Lubbock area, Shark Fights 14 will be televised live on HDNet.