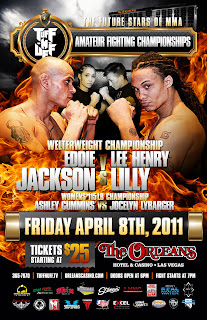 If you're not in Vegas tonight, you can still catch all the action via internet pay per view at www.GoFightLive.tv. Show only costs $9.99 (includes unlimited viewing). 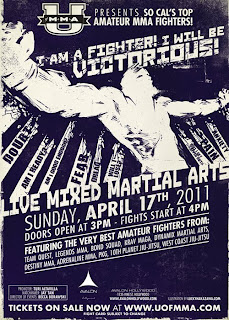 One week later, lightweight Tommy Gavin fights in his own backyard, as the University of MMA presents "I Will Be Victorious," at Avalon Hollywood, on Sunday, April 17th.

Tommy will be fighting alongside several "Legends sympatico" teammates, as trainer Amir Rahnavardi also will have four of his Bond Squad proteges (Legends sympatico) on the card. Likewise, 10th Planet Jiu Jitsu coach Alder Hampel is bringing several of his students to compete as well.

Tickets for "I Will Be Victorious" are now available at www.UofMMA.com.

Rooms and fight tickets are available at www.TachiPalace.com.