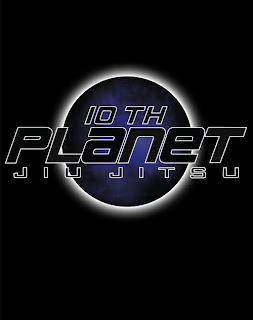 Eddie Bravo’s 10th Planet Jiu-Jitsu ended 2009 on a high note, with both the Hollywood and Burbank dojos representing with multiple winners and runner-ups at the final Grappler’s Quest tournament of 2009, which was held on December 12th in Las Vegas.

Hollywood (aka “Headquarters”) had four out of six competitors place, including purple belt Ralf Warneking and blue belt Steve Cox, who both won gold in their respective divisions. Burbank sent five competitors, four of them placing.

Warneking scored two submission wins on his way to the top of the Masters (40+) No-Gi Advanced cruiserweight division (180-199 lbs), while Cox remained undefeated in the Men’s No-Gi Beginner bantamweight division (below 129.9 lbs).

Warneking also won the absolute (no weight class) division, earning him over $1,000, a championship belt, and Grapplers Quest sponsorship for 2010.

“This was a smaller showing for 10th Planet due to it being right around the holidays, having to drive in to Vegas, and people being sick. I know of at least 3-5 people who were out due to illness,” said Juli Fung, who took silver in the Women’s Beginner No-Gi Class B (120-139.9 lbs).

Rounding out those who placed on behalf of 10th Planet Hollywood is Aidan Gonzales, who took bronze in the Men’s Beginner Absolute division.

Of the Burbank dojo, Miguel Hernandez show-and-proved with his gold medal win in the Men’s No-Gi Novice Bantam (Below 129.9 lbs), while Jenna Shih claimed silver in the Women’s Intermediate No-Gi Class B (120-139.9 lbs). Rachel Tan placed bronze in the Women’s Beginner No-Gi Class A (120 lbs. & below).

Legends MMA’s Ryan Lupkes made his tournament debut for 10th Planet, and although having a strong showing, was ultimately outpointed. Likewise, brown belt Scottie “Einstein” Epstein, despite coming up on the short end, represented in the most competitive bracket , the invitation-only professional division, against black belt Rodrigo Ranieri. Unfortunately, a knee injury hampered Epstein going in, and when the seasoned leglock specialist zeroed in on the leg, “Einstein” found himself fighting from a disadvantage.

Eddie Bravo’s 10th Planet Jiu-Jitsu expects to have another strong showing next at the Gracie US Nationals, on Sunday, January 24th, at the Fitness Expo in Los Angeles.
Posted by Legends MMA at 3:33 PM